Our Location - Directions - Areas Nearby

Silde is located in the western side of the old harbour of Chania. .

You can take a taxi and ask to be taken to the old town in Theotocopulos St. Once there turn left after the first mini market.

If you have a car follow the directions I give on the maps above or, if you use GPS, write TALOS Square (parking place).

Chania has 3 exits. In order to avoid the traffic of the town it's better to take the exit Chania Omalos. If you come from Heraklion it's the 3rd one after Chania-Souda and Chania-Mournies-Hospital. If you come from Kastelli or from the south of the island it's the 1st one.

Once out of the N.R. enter in Kissamos St. At the 4th light turn left and go straight down to the old town and you'll see the water front, then turn right and drive about 50 metres to the public parking at Talos Square, which is free of charge. Cars are not permitted to enter in the old town.

Then take Theotocoulos St. and follow the indications I give above.

BE CAREFUL: The parking place on the right side of the monument (the hand) is only for residents. 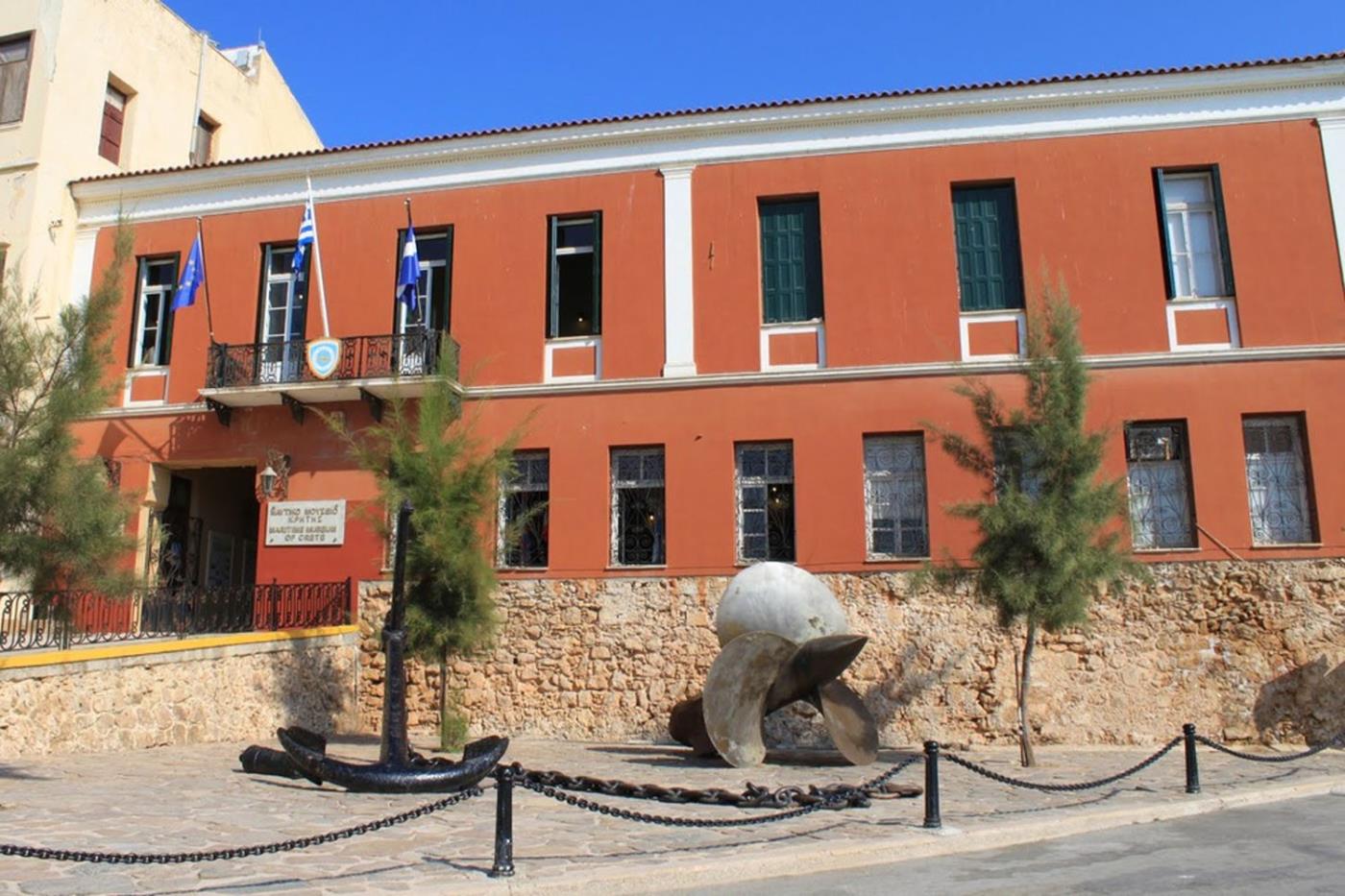 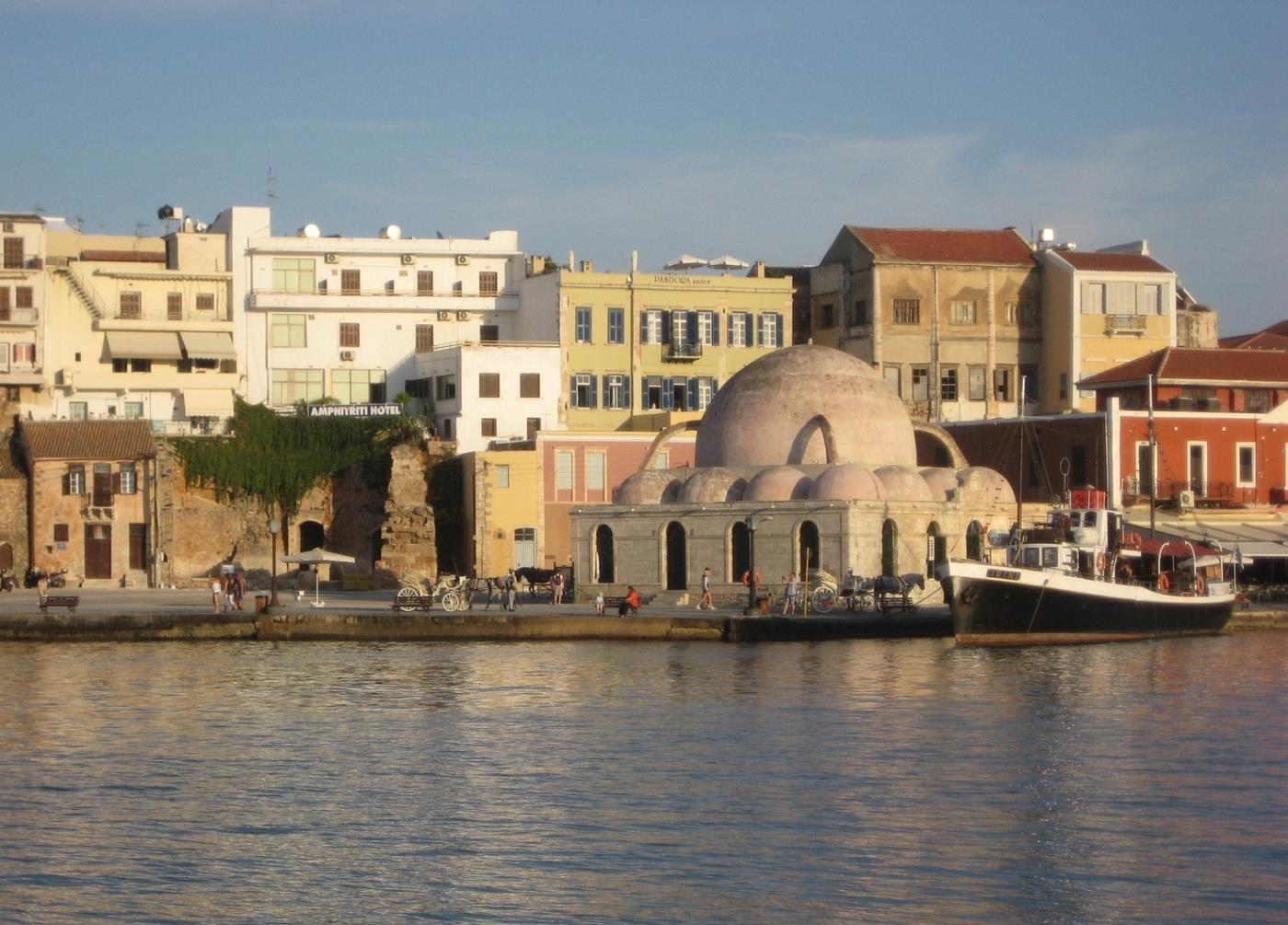 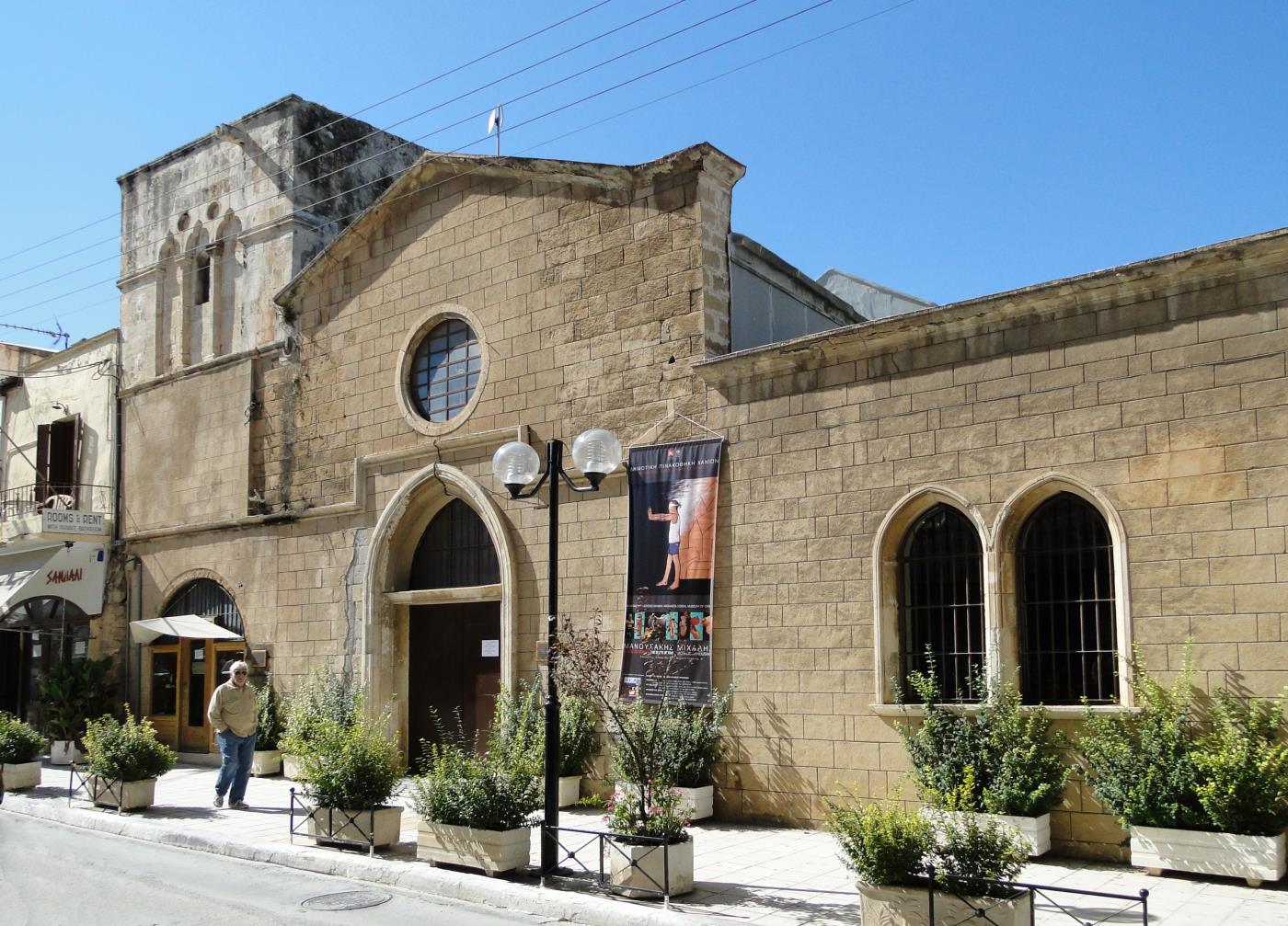 The Nautical Museum of Crete is a museum in Chania, Crete, Greece. Its collection includes models of ships, nautical instruments, painting, historical photographs and war relics. The material is classified chronologically, starting from the Bronze Age up to our times.

The exhibits of the first floor include models of ancient ships, a model of the fortified town and port under Venetian rule, a model that shows shipbuilding and repair buildings, with a rowing ship inside.

The second floor exhibits include models of modern Hellenic Navy ships, destroyers, a missile boat, a landing ship with trucks and APVs on board. The exhibits include the full bridge of a destroyer and two torpedo propulsion units. A section of the museum is dedicated to the German invasion of Crete.

The Turkish Mosque Yiali Tzami (or Giali Tzami) is hard to miss, as it dominates the Venetian harbour of Chania.

The mosque is an imposingly large, square building with a great dome supported by four flying arches.

You will notice that the building also has six small domes, but no minaret. The minaret was demolished in the early 20th century.

The name “Yiali Tzami” comes from the Turkish “Yali Tzamissi”, meaning “seaside mosque”. The mosque was a Muslim place of worship until 1923, when the last Muslims left Crete at the exchange of populations between Greece and Turkey. In the courtyard were palm trees and the tombs of various pashas.

The Archaeological Museum of Chania is a museum located in the former Venetian Monastery of Saint Francis at 25 Chalidon Street, Chania, Crete, Greece. It was established in 1962.

The museum contains a substantial collection of Minoan and Roman artifacts excavated from around the city of Chania and the surrounding regional unit, including pieces from the ancient cities of Kydonia, Idramia, Aptera, Polyrinia, Kissamos, Elyros, Irtakina, Syia and Lissos, and also from Axos and Lappa in Rethymno regional unit.

The museum contains a wide range of coins, jewellery, vases, sculpture, clay tablets with inscriptions, stelae and mosaics. The collection includes a clay sealing from Kasteli, with a representation of a Minoan city and its patron deity dated to the second half of the 15th century BC. There is a clay pyxis with a representation of a kithara player excavated from a chamber tomb in the area of Koiliaris in Kalyves-Aptera dated to 1300–1200 BC. There is also a clay tablet inscribed with Linear A script from Kasteli, dated to 1450 BC and small clay tablets with texts in Linear B script dated to 1300.